TISSIUM, a privately-owned life science company developing fully synthetic, biomorphic programmable polymers, announced today it has been named a French Tech 120 company. French Tech 120 is a growth-stage program by La French Tech, built to provide government-backed support for the 120 fastest growing companies in France. The objective of this French government-backed program is intended to stimulate growth and create opportunities in France.

TISSIUM is being recognized by La French Tech, for having a high potential of becoming a global technology leader. They are being recognized as one of the most promising young companies in the country and will receive a year of unprecedented government support, with all state services being mobilized in a way specifically designed to speed growth and benefit the Company.

Moving forward, TISSIUM will leverage the €38.75 million raised from a Series B round of funding in November to support the global expansion of its platform of polymers across a variety of therapeutic fields, including nerve repair, cardiovascular and gastroenterology, among others, in addition to creating a streamlined clinical development and regulatory program in the U.S. out of its newly opened Boston office.

Christophe Bancel, CEO of TISSIUM said: “We are thrilled to be named a French Tech 120 company. This recognition further validates the confidence we have in the TISSIUM platform and products that we are developing as we continue to progress and expand. We are thankful for the support of La French Tech, and look forward to working with the different departments, agencies and public services that will help accelerate our growth.”

Launched in September 2019 by the President of the Republic and the Prime Minister, the French Tech 120 program illustrates the French government’s desire to become the best possible support for the French Tech ecosystem.

The French Tech Mission brought together some 50 French Tech Correspondents within administrations and public services capable of supporting the growth of startups. The list of services, intended to grow continuously, covers five categories: international development, financing, access to the market, recruitment of talent and support in all relations with the administration. The French Tech 120 is aimed at innovative companies that have been established within the past 15 years, and that have not yet done an IPO or been purchased. Participants are selected according to objective criteria based on fundraising and turnover. 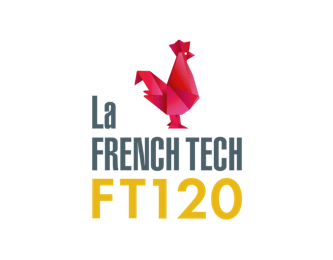